One Year MBA Programs in Europe: Beyond IMD, LBS, and INSEAD 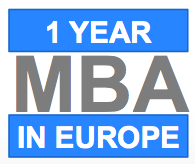 One year MBA in Europe

One year MBA programs in Europe, unlike similar programs in other regions of the world, are not a new phenomenon. Europe has been the pioneer and also the largest adopter of the one year MBA model. Traditionally, however, it has been known more for the top options that it has – INSEAD (France), LBS (UK), and IMD (Switzerland). Over the last decade, though, and increasingly over the last five years, a number of other programs have emerged as top contenders too.

One year MBA programs in Europe have distinct advantages over other similar programs elsewhere: 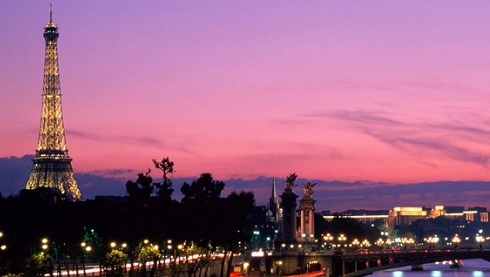 – These are the flagship MBA programs of the schools that offer them. INSEAD’s one year full time MBA is its premier program.

IMD’s MBA program, ranked No.1 by FT MBA rankings on international placement success, has always been its flagship offering, just like the LBS MBA (which is a 15-21 month offering, slightly more than an year in its shortest format). This presents a distinct advantage to graduates in recruitments.

– European MBA programs, even in their one year formats, do not require any special conditions to be fulfilled beyond the normal entry requirements for admission.

This is unlike US one year programs, which, in most cases require applicants to have taken some courses in accounting, mathematics, and finance before they can apply.

– Quite a few of the programs will offer January starts instead of the traditional beginning, providing a useful opportunity for most applicants to find an internship in the summer months.

With these points made, here is a list of the top MBA programs in Europe with a one-year (or close) duration:

In addition to the fees mentioned above, around EUR 25,000 (may vary a bit for different programs) should be budgeted for living expenses and other costs.

GyanOne offers focused and comprehensive admissions consulting and application help (which includes detailed essay support) as well as high quality MBA interview preparation services for MBA applicants. Whether you are looking for school selection help or trying to understand and compare different MBA programs, we are just an email away. Contact us today!

Want to check out more on One Year MBA Programs?