MIT Sloan is perhaps a dream school for more MBA applicants than any other top business school around the world. True, Harvard, Stanford, and Wharton all have their followers, but there is something very unique and distinct about MIT that makes it irresistible to MBA applicants.
However, no sooner is the name of the MIT Sloan School of Management mentioned, that one realizes that it is also one of the toughest MBA programs to get into. Think GMAT scores well in excess of 750, strong international experience, and a history of work for a top-tier brand name, apart from, of course, a stellar application. The MIT Sloan Fellows program is even tougher to make it into, with average experience of over 15 years, and successful applicants who are often COOs, CEOs, and CFOs of major multinational corporations around the world. And yet, Mukesh Bansal, with 12 years of experience in Civil Services, but no international experience, dared to dream to make it to the best. As an Indian Administrative Services (IAS) officer with over 12 years of experience, he definitely had credentials to showcase, but would a top MBA program value government service? The MBA for IAS officers can be an unconventional career choice. How would Mukesh approach it, and thus not only win laurels for himself, but also demonstrate the possibility of an MBA for IAS officers?

Mukesh Bansal – from an MBA to the IAS (and, later, to an MBA again!)

People have different reasons to pursue an MBA at different points in their lives. So did Mukesh, who had already earned an MBA almost two decades ago from a state school in the Indian state of Punjab.

However, little did he know at that time that his ambitions would take him to a very different role than a corporate position.

In 2005, Mukesh made it to the prestigious IAS, finishing among the top rankers in the UPSC examination that year. After training, he was allotted to Chhattisgarh, a state that faces multiple challenges in terms of insurgency and development needs.

Starting as a Municipal Commissioner, Mukesh played multiple roles over the next decade, from Collector (in-charge of a complete district or area) to finally, leading new-age government initiatives for Chhattisgarh today.

It is a testimonial to his brilliance and hard work that Mukesh was handpicked for this last role by the Chief Minister of the state himself.

The MBA for IAS officers – not just any MBA program, but the MIT Sloan Fellows MBA!

This can be a difficult question for many to answer, but why would an IAS officer think of another MBA? Government services and business administration are similar only in parts, and Mukesh was already doing very well in his IAS career.

What sets apart outstanding applicants and professionals from others, though, is the fact that they look not at not just the present, but also at the future.

Managing new-age government services for the Chhattisgarh government, Mukesh realized that he would need skills on new-age technologies, governance models, PPP collaboration, and social media. At first, he sought these through public policy programs at Oxford and NUS. However, struggled to find success in 2017.

The next year, Mukesh planned even more assiduously. His hectic role provided him no time to pursue another take on the GMAT, so he approached GyanOne to understand the landscape and the possibilities.

Over the next few weeks, GyanOne helped him set his sights even higher, and create a strong plan to target the best MBA programs in the world, including MIT Sloan.

With over 12 years of experience and a low GMAT, Mukesh was not sure about the best options in the world possible for him. Working with GyanOne, he was able to identify not just decent ones, but some outstanding ones too. That fulfilled his criteria – as a successful, senior government officer, he could not go to less than the best.

One of the hallmarks of Mukesh’s candidature was his hard work. Even though he was involved in a role that required upwards of 15 hours of work on a daily basis (with hardly any time off, even on weekends), he put in daily work on his applications, researching schools, working with his recommenders (top government officials in the state and so busy professionals themselves), and using GyanOne as a sounding board to help him identify his biggest strengths.

At all points, Mukesh’s work was only his own, but his ability to use counsel from GyanOne, his seniors in the IAS, MIT students, and his recommenders was commendable. Some of the things that stood out in Mukesh’s preparation of his MBA applications are:

– Choosing the right schools: Not everyone can aspire to apply to the best MBA programs around the world. Choosing and applying to the right ones is absolutely critical.

Mukesh made sure that he was not just taking a shot in the dark, but carefully choosing top options among the available ones. He applied neither in just hope nor with a lack of information.

– Identifying the right points: Mukesh never approached his essays with a ‘lets finish it off’ approach, but carefully spent time in understanding the school, and its expectations from him. He prepared multiple essay drafts, and was always open to feedback on improvement.

Where situations required him to find more information on assignments he had worked on, he reached out to former colleagues, and ensured that he left no stone unturned in preparing immaculate essays.

– Focusing on expression and language: One of the most disappointing things to come across in MBA applications is often the lack of expression which harms the potential of an otherwise strong candidature.

Mukesh was clear on why he wanted an MBA at the MIT Sloan Fellows program, but he expressed his vision in such strong detail that it helped his candidature stand out.

– Identifying potential roadblocks: As a government officer, Mukesh was acutely aware that his candidature would be closely scrutinized by MIT (and other schools) for fit. He thus prepared for his interviews in advance, and ensured that he had strong responses to queries he was likely to get.

This made him confident that he could handle anything that came his way in interviews. Questions on areas such as why he needed a second MBA, what he would do post-MBA, and what his long-term goals were, are examples of topics he focused on.

The final results and the press hype

In February 2018, Mukesh became one of only two candidates from India selected for the prestigious MIT Sloan Fellows program.

His name was all over the news, and this time, not for his administrative achievements, but his academic ones. Just another feather in the cap for Mukesh Bansal, IAS, and for GyanOne too.

The MBA for IAS officers continues to gather momentum and pace, and we have heard from several officers from top government services (IAS, IPS, IFS, and IRS) who are considering such programs to enhance their career prospects. In effect, walking down the trail blazed by Mukesh. 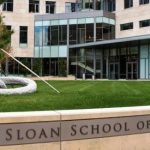 What to do at MBA Tour Events | Quick Tips 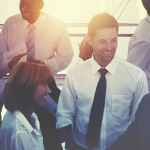 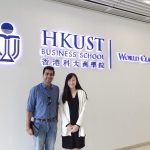 World class MBA with mountains on one side, and ocean on the other. Sounds like Read more 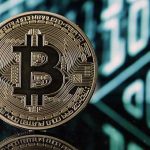 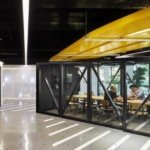 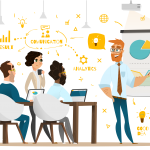