Top Recruiters at MBA Programs And What They Are Looking For 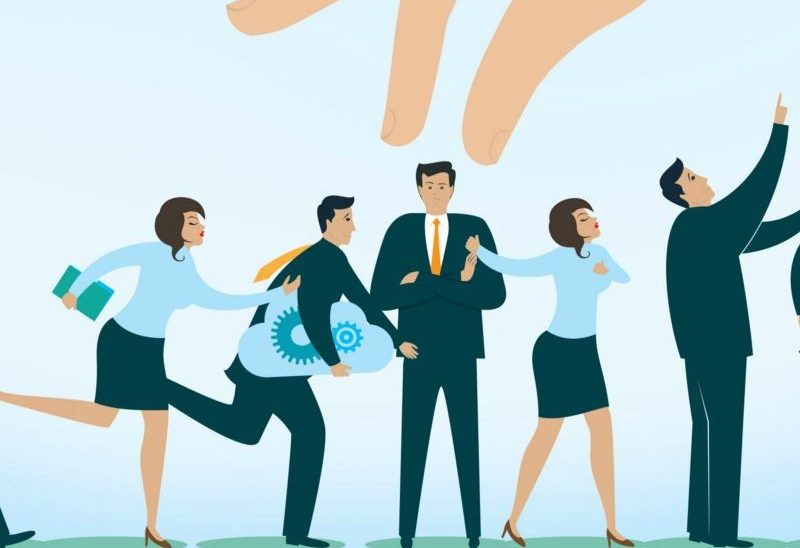 The standard models of an MBA degree are being replaced by more tailored curriculums which are being drafted in conjunction with top recruiters at MBA programs such as IBM, PayPal, and several other leading Tech Companies. By including more tech into their curriculum, analytically strong MBA’s are finding ways to become relevant and important to the ever-changing economy. Thanks to these changes and adaptations, large companies, wall street, consulting organizations and several start-ups look to pick the finest and the best from the top business schools.
A look at the top business school in the world as ranked by Financial Times in 2017 are as follows:

There is a line of thinking that says that you do not need an MBA to become successful, and it is for this reason that top MBA schools are trying to broaden their pool of employers. For instance, this year, Amazon and Google have overtaken consultancies and investment banks as the top employer at Chicago’s Booth School of Business. They are constantly working to bring several other companies and organization on board as well. A brief look at some of the top recruiters at the top business schools.

Bain and Company, McKinsey, BCG are popularly considered as the “Big Three” when it comes to picking a consulting firm. For instance, McKinsey which is world-renowned for its presence around the world has several large Fortune 1000 companies as its clients. They serve a broad mix of public, private and social sector institutions. When they look for MBA graduates, they are looking for those that excel in analytics, academics and work experience. The positions that are offered at the entry-level are- Financial or Management Analysts or Marketing Research Analysts. While these are entry-level positions, as you contribute, you can chart a course that will allow you to end up as a partner in the consulting firm. However, the time frame will depend on your performance and several other factors. The pay scales can range from $85,000-$10,00,000 (overall depending on your position within the firm.

In the last decade or so, IT companies have been some of the top recruiters across the top management schools. Some of the top companies are Apple, Deloitte, Google, and Microsoft. While Microsoft has been one of the oldest software companies that have been picking such graduates, they most often put fresh graduates through their MACH program which prepares them for several positions in the long-term. With more management schools integrating technology into their courses, IT companies offer positions such as Project manager, Business development managers, Analytics Manager and so on. While at the entry level project managers can expect to earn about $110,000 per annum, this figure can vary and increase depending on the responsibilities and success.

An MBA in finance is sought-after thanks to the range of career options available. Depending on your school, experience and skill set, you will find that there is an entire world of opportunities. With companies such as Citigroup, Goldman Sachs, Ernst and Young, Hewlett Packard and JP Morgan looking to pick some of the best financial and analytical minds, the possibilities are endless. JP Morgan, for instance, looks to fill up positions such as Chief Financial Officer, Vice President-Finance, and Finance Director. Most of the jobs would be in Mergers and Acquisitions, Underwriting and Private Equity, and the salaries that are typically seen in this career range between $80,000- $225,000.

PepsiCo, Unilever, Amazon, Johnson and Johnson are some of the other top recruiters at MBA programs: There are several MBA specializations such as Entrepreneurship, Marketing, Operations apart from the above and the opportunities for such specializations are no less. Facebook, for instance, hires several graduates from top MBS schools and looks specifically for those with a creative bent of mind along with the problem-solving skills that come naturally to them. Also, there are several other startups that are looking to strengthen their hold by employing some of these graduates who come with several years of experience. For instance, Ilona Drozd, who recruits for Expedia claims that they frequently pick MBA graduates for senior strategy roles and roles which require years of experience as well.

What do recruiters look for?

Companies hiring for top positions within the company are most concerned about how well the graduates adapt to the company’s culture and their ability to handle and solve real-world problems. Some of the top skills that companies- smallest to the largest look for in their recruits are
• Working with diverse people
• Understanding the Digital Impact on business
• Building, sustaining and expanding the network
• Ability to solve real-world problems

Some of the top schools that recruiters look to pick their top positions from:
1. Harvard
2. MIT (Sloan)
3. Chicago (Booth)
4. Wharton School (Pennsylvania)
5. Columbia

While it may seem as if the MBA students are the only ones who feel the pressure of being picked, there is an equal and probably greater pressure amongst recruiters to pick the best and at the earliest as they fear being left with only the ones that have been passed over by their peers. This competition ensures that the job market and interest for MBA graduates is anything but digressing. Some of the employment reports of employment records of the class of 2017’ show that some of the best and world-class companies have picked them up at record levels and at record compensations. In fact, in the past several years, the consultancy and financial companies which held the position as a top recruiter, is now being shared by technology firms such as Accenture, Microsoft, and Google as well.