MBA FEES IN THE USA 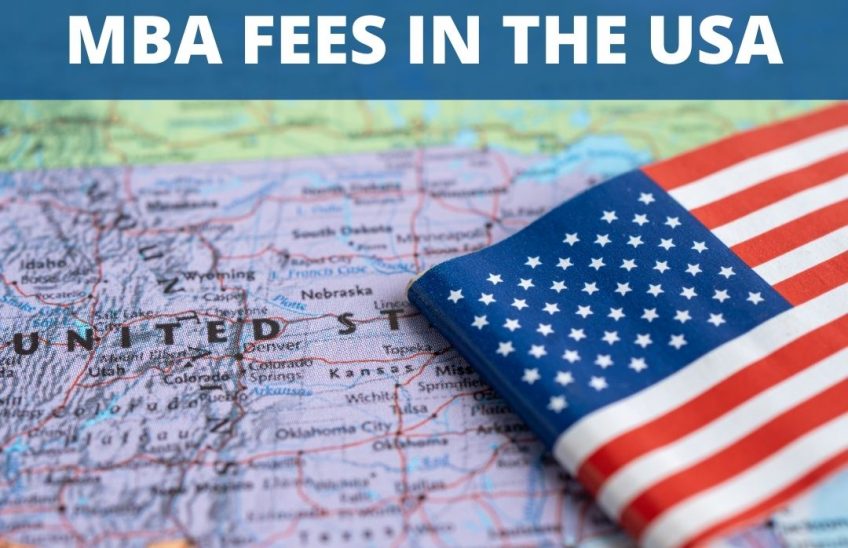 MBA Fees in the USA – There are approximately 553 MBA institutions in the United States.  Out of these approx 288 are publicly funded, while the remaining are profit-oriented (private). The MBA program in the United States is among the most popular globally. According to the US Department of Education, the United States has the world’s biggest market for B-Schools, with over 1,25,000 students attending MBA each year. The large number should not deter you, as the US economy can accumulate many MBA graduates seeking better prospects.

An MBA enhances the technical, administrative, and leadership abilities and ensures a prosperous future and develops a student’s overall individuality. MBA fees in the United States of America, for Indian students could reach up to $10 million also.

MBA eligibility requirements may differ from one college to the next. The following are the basic admission criteria for MBA programs:

For some, studying MBA in the United States can be prohibitively expensive; however, numerous well-known scholarships provide tuition aid. Since many universities in the USA do not give a fee waiver, Indian students apply for scholarships (the tuition fee can be too out of budget for some families). A student visa in the United States costs around 38,084 INR. To study a program that needs at least 18 or more hours of study in a week, students typically need an F1 visa. An F1 visa costs around 16,300 INR in SEVIS. This visa also permits Indian students to work part-time or on-campus jobs while pursuing their MBA.

Students with F1 visas can stay in the United States for an additional 60 days after completing their course. IELTS and TOEFL are the most commonly accepted language ability tests by American Universities. Some colleges and universities accept PTE also. IELTS, TOEFL, and PTE registration fees average 17,922, 14,935, and 13,300, respectively.

Following are some of the Top Business/Management Schools in the USA with their fee structure (annually):

Some of the well-known scholarships that benefit Indian Students are:

Students who enrol in universities such as Harvard, MIT Sloan, University of Chicago (BOOTH), Wharton, University of Michigan (Ross), UC Berkeley, UCLA (Anderson), and others can apply for loans from Prodigy Finance. They can also borrow money from banks and non-bank financial institutions with low-interest rates for students.

Best MS in Business Analytics programs in the USA