What is the Average GMAT score for ISB ?

Home » What is the Average GMAT score for ISB ?
September 7, 2019Posted by GyanOneBlogISB 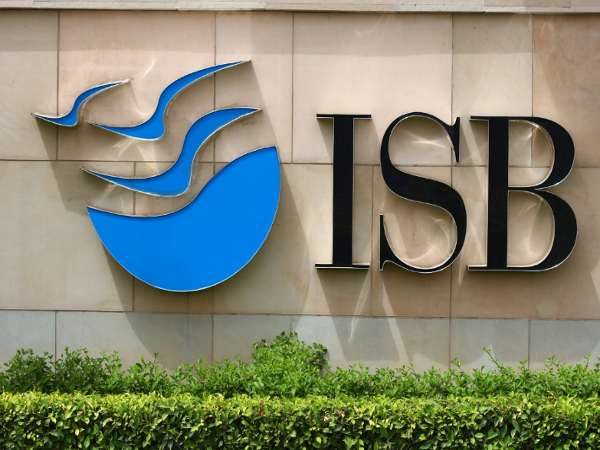 The average GMAT score for ISB, class of 2019 is 709 and the average GRE score is 326. The lowest GMAT score profiel that has been accepted in 2018 was with a score of 600, maximum being 780! So what is the score that you should prepare for or be confident of applying to ISB with? Let’s look at the average scores of the past five years:

Looking at the numbers broadly, you can see that the average hovers around 700 rising over the years. However, to get a more realistic picture, it must be read in conjunction with other numbers. Looking at the left side of the range. You can see that candidates with scores of 600 (some even lower) have also been admitted to the program. So, hang in there as all is not lost!

Is the average score relevant at all?

Of course, it is! It gives you a broad idea of how much you need to score if you are to have a strong chance of getting a call. Another great way of understanding your chances is by looking at the mid-80% range. Here, you remove the top and bottom 10% of candidates who have scored the highest and the lowest.

ISB has 896 (overall) seats waiting to be filled. Hyderabad takes on a greater number with 603 and Mohali admits 293. The average age range is 26 and the work experience is generally around 4 years.

The mid-80% range of GMAT scores for ISB’s class of 2019 was 680-750. Scoring on the lower side of the range may seem like a disadvantage but it can be turned around in your favor. Let us consider the case of Sagata Chakraborti who scored a 680 on her GMAT. She backed up the score with her professional experience reflecting her ‘go-getter’ attitude and out-of-the-box thinking. She was able to highlight her future goals effectively successfully corresponding it with her strong intent.

Nikhil Tyagi, too, scored a 680 on his GMAT. While this is not a bad score, it is on the lower side of the range. With a strong background in sales and marketing, Nikhil displayed that he was an engaging and interesting personality. This came through in the interviews as he was able to convince them of his abilities and future aspirations.

If you have an average profile, you must score well above 680 to make a favorable impression. An impressive score can make even an ordinary story an exceptional one! For instance, Mukul Bansal is a fine example of the above. It would be ‘back to school’ after a long gap of 9 years if his application was successful. He scored a 710 on his GMAT making it hard for the school to reject him on any front. This was only possible because of his consistent efforts to scale each and every component of the test.

Your application is a sales pitch! So, if you are struggling on one aspect, then you do more than just ‘well’ on the rest of it. In fact, building a stellar profile by projecting your uniqueness (experience, achievements or background) will get the admission committee to notice you. So, if you have not taken the GMAT, buckle up and score well. If the door on that option is shut, strengthen your profile to make it a stellar one.

Remember, GMAT is only a part of the selection process

It would be wrong to say that GMAT is not that critical. It is obviously a vital cog in the wheel. But a complete package is far more attractive! The Dean of ISB Rajendra Srivastava in his interview to Poets and Quants talks about their multi-dimensional approach to the admission process.

He maintains that the average GMAT scores for mba program can only help them to screen the candidates. He considers the interview process to be far more critical as it is hard to fake your personality. He says the admissions committee has regularly chosen to reject candidates with a 750 score because they did not have great communication skills.

These average scores mentioned above may seem intimidating but they are certainly achievable. There are quite a few who have gotten here by consistently putting in the right efforts in a methodical fashion.

Apart from a good GMAT score, there are three essential things that the committee is looking for:

Strong or unique backgrounds are certainly a plus-point as they offer as they contribute to a diverse cohort.

ISB has a number of applicants from the finance and engineering industry. So, if you are part of this demographic, then you must find a way to distinguish yourself.  Excellence in academics is a perfect way to do that. Take the example of Shobhit Saxena (class of 2020, ISB). This ‘finance guy’ (as he is popularly called) has a profile that you can only be envious of. Shobhit’s superior intelligence and adaptability was visible right through his educational years. At the receiving end of many distinctions and awards, he always found a way to stand out from the crowd. Scoring a 710 on his GMAT was enough to convince the school even further.

The Dean, Rajendra Srivastava opines that the school tries to look beyond IQ and EQ of a candidate and tries to look for HQ- Heart Quotient in prospective candidates. So, as you prepare to score the best on your GMAT test, you must stay true to your goals and aspirations to find success here.