Entrepreneurship at Cornell and other top schools 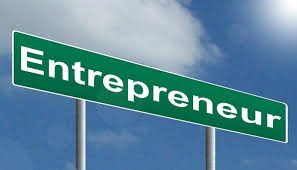 There was a time, not long back, when family business applicants to full-time MBA programs were looked upon almost entirely as inheritors. This has been rapidly changing over the last 4-5 years, and today, not only have top MBA programs launched specific offerings targeting family business applicants, but they have begun looking at second-generation business owners as excellent prospects to add value to their programs, and later to their alumni base. The Cornell MBA, which we have covered in the past as an excellent MBA program among the very best, has taken strong strides in this direction too. This post looks briefly at the plenty of opportunities available for studying entrepreneurship at Cornell, and also looks at the story of Rohan Sangari, one of the GyanOne clients who made it to the Cornell MBA in 2016. 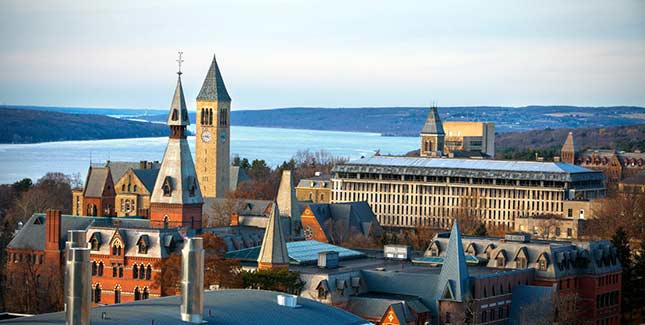 Why go for an MBA as an entrepreneur?

As an entrepreneur or a family business professional, the first question that one asks oneself when considering further education is around whether the MBA is the right program in the first place. In this sense, the MBA competes with other specialized master’s programs, short-term executive education options, and even the option to not get any further education at all.

This is especially true for second-generation family business professionals, as many of them are already part of well-established, successful businesses. And yet, even this trend is now changing. Many family business professionals and entrepreneurs now see the value of gaining advanced business education that may not get them immediate short-term profits, but could be pivotal to helping them forge partnerships and expand their concerns in the medium to long term.

Further, the world of business changes rapidly. Even established businesses are today facing competition from smaller rivals, and with the growth of the internet, from firms across the world. There is therefore the need to not just be part of a business, but to grow it too.

In that sense, the family business professionals of today do not just inherit businesses, but are increasingly being asked to take up the mantle of growing them too.

This is why we feel that entrepreneurship at Cornell is such a well-thought out educational offering, balancing the needs of first-generation entrepreneurs with those of managers/inheritors of more established businesses, and combining each with the allure of an excellent MBA program.

Entrepreneurship at Cornell: the MBA program

The Cornell Johnson MBA program’s resources focused on entrepreneurs go well beyond just their courses, though those are excellent too. The Smith Family Business Initiative, the Families in Business Conference, and the Family Business research program are only a few of the resources they have that go beyond the classroom.

The Entrepreneurship and Innovation institute adds further to this. Cornell’s Immersion Learning concentrations go a step further – giving entrepreneurs the unique opportunity to be part of venture capital projects, consult an external client, or deepen their expertise in areas like finance and marketing with in-depth courses and projects.

This is only a small glimpse – life at Cornell is about much more. This video, featuring a (former) Cornell student, lends more insight into life at Cornell.

What beyond entrepreneurship at Cornell?

Cornell is by far not the only top school to offer outstanding resources focused on entrepreneurs. Stanford, Wharton, Kellogg, INSEAD, IMD, and Harvard are only some of the other top names when it comes to a strong focus on entrepreneurship and family businesses.

An Indian entrepreneur makes it to the Cornell MBA 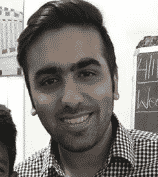 When he began working with GyanOne, Rohan had many of the same questions discussed earlier in this article. He did not just want to get an MBA for the sake of it, but wanted to understand how different MBA programs could help him achieve his goals.

He was already highly impressed with the Cornell MBA, but his research meant that he delayed the decision to begin his application till – gasp – just a week before the deadline.

GyanOne worked with Rohan to help him utilize his time and efforts to the fullest in this period. Apart from providing insight into Cornell, GyanOne also acted as a sounding board, helping Rohan understand his own strengths, encouraging him to be himself, and to work hard on his own application.

At multiple points, Rohan turned to GyanOne for advice, opinions, and directional guidance. GyanOne was unsparing in its advice or its rigor – Rohan could not believe that the drafts he had so painfully developed would need to be completely redone – but when he did redo them, he saw how far he had come. The lack of time is no excuse to submit less than one’s best.

A consultant’s reward, though, is best received when one receives an email like the GyanOne did from Rohan after he had received his Cornell admit:

I wanted to tell you I got accepted at Cornell!! I have also been put on waitlist for the scholarship. Thanks a ton for your help bro, this could not have been possible without you at all!!