CEIBS vs ISB – Which One to Choose? 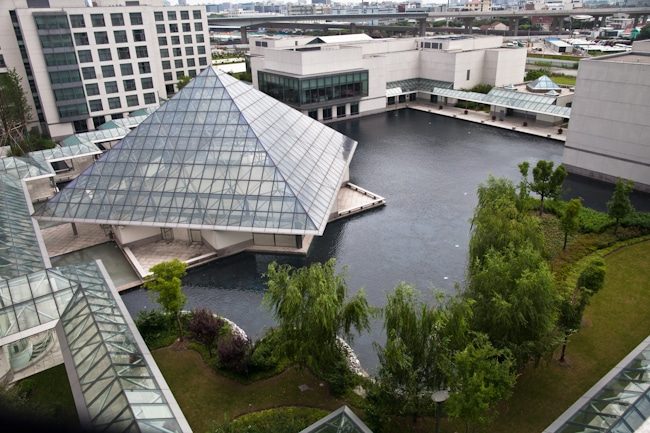 CEIBS vs ISB – Which One to Choose?

Applying to top Asian schools? If you are, then CEIBS vs ISB is a question that would often have been a cause of contemplation for you. Both CEIBS and ISB are top schools, and each belongs to a powerhouse Asian emerging economy (China and India respectively). While many applicants ponder over which school to apply to (or both), there are even successful applicants who wonder which one to attend after making it to both. This article provides a number of points of comparison to help applicants and even admitted future students make a better choice. We do not make the choice for you, but provide you enough information to be able to make a better decision yourself. That is the way it should be too – there are multiple preferences that go into the decision and a ‘one size fits all’ approach won’t work.

CEIBS vs ISB – Rankings and Reputation

Perhaps a good point to begin the comparison is with the global ranking of the two schools. Don’t get us wrong here – we do not believe that rankings are everything – but they do provide a starting point. While CEIBS is ranked 11th in the world in the FT ranking for 2017, ISB is ranked 27th.

Further, the difference has been fairly constant over the last few years, with ISB’s prior 3-year average rank being 30 and CEIBS’s 13. Around 6-7 years ago, ISB had achieved its best ever rank of 12 on the FT ranking, and till then ISB had led CEIBS on the ranking.

Ever since, CEIBS has been ranked better. Part of the reason for this is the conversion of average placement salaries from Indian Rupee to US Dollars. While the Rupee has slid over this period, the Renminbi (Chinese currency) has remained fairly steady.

The higher ranking also means that CEIBS attracts a more global class as compared to ISB. 39% of CEIBS’s students are international (from outside China) while only 3% of ISB’s class comprises of global students (from outside India).

ISB has a much bigger class size (879 students) compared to CEIBS (195 students). In addition, ISB has two campuses (Mohali and Hyderabad) in India while CEIBS has just one (Shanghai) in China.

This has its own pros and cons. A larger class size provides more opportunities for networking, but may also mean somewhat lower personalized attention for each student.

Similarly, while two campuses provide the opportunity to avail of more resources and localized placements at two locations for ISB (Hyderabad is an IT hub while Mohali is adjacent to Chandigarh, the joint capital of the prosperous states of Punjab and Haryana in India), CEIBS has its Shanghai location (a major industry and business hub), which is a big boon, especially for international students.

In terms of teaching, both schools boast of some outstanding professors and a global faculty model, but ISB has a higher number of top international faculty members teaching. Some distinguished professors (such as Prof Rama Velamuri) teach at both.

Both programs have a number of options and resources to enhance learning beyond class. While ISB has the ELP and the PaEV, CEIBS has its ELAB and Strategy Project. Both schools provide excellent international exchange options with other top global schools.

CEIBS vs ISB – Admissions and Placements

Placements for both schools are strong, but that’s not the entire point. While CEIBS reports a placement rate of 93.2% and ISB of almost 100%, the comparison is not relevant because the rest of CEIBS students in this figure opted out (so would have many from the ISB statistic as well).

The major point to consider here is the ease of gaining placements. Both schools attract top employers, but at least some of them at CEIBS might require students to have a familiarity with Mandarin. That, though, does not mean that English-speaking roles are not offered. In the case of ISB, 100% roles offered are English-centric.

Admissions are both schools are challenging. ISB has a higher average GMAT score, but that’s not the entire picture. CEIBS’s MBA application is more challenging, requiring applicants to display an understanding of business and markets apart from of course stating their goals and reasons for applying to CEIBS.

ISB’s application, at least so far, has predominantly been inward-facing – it is based on highlighting one’s own strengths, experiences, goals, and fit with ISB, but not much beyond that. A final point here – ISB’s higher class size (by a factor of 4+) still does not make ISB the easier school to get into.

CEIBS vs ISB – Conclusion and Next steps

Overall, both ISB and CEIBS are excellent schools. Which one an applicant chooses will depend on many of the factors above. In addition, we recommend that applicants only looking for careers within a particular country (India or China) choose only the school within that country.

For more global Asia-Pacific careers, CEIBS may have a slight edge, especially in Chinese-speaking or Chinese-dominated geographies. In India and even Singapore, ISB will be ahead in terms of recognition and opportunities.

There are other top schools in Asia to consider as well. NUS, Nanyang, and SMU in Singapore, and HKUST in Hong Kong are only some options. More on these later. Also see this article on one year MBA programs in Asia.

We have more information on ISB MBA?

A Second MBA from ISB – Possible?