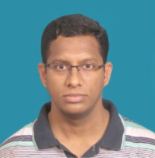 Srinivasan had heard a lot about the General Management Program (GMP) at the prestigious XLRI, one of India’s top B schools. Srinivasan is a distinguished professional. He attained a top rank in GATE, a very competitive examination at the graduate level in India. He also worked in the nuclear power sector in South India, winning recognition, awards, and promotions. His application was quickly shortlisted in Round 1 of the XLRI GMP Admission cycle. This was where Srinivasan faced the greatest hurdle – having worked predominantly in a remote location in the public sector in India, he wanted to polish his MBA interviewing skills, get acquainted with contemporary business issues, and learn more about corporate life before he could be fully confident of taking on the XLRI GMP interview. This is his story.

Srinivasan – How I gained the XLRI GMP Admission

I then joined the Nuclear Power sector in Tirunelveli, as Scientific Officer. This was very interesting work – I loved the fact that I was carrying out my job and also helping my nation to progress through an important project.

Over 7 years later, I realized that I had little further growth in store for me. I could continue to do the same work (a lot of which was held up because of political reasons) or I could choose to go beyond.

I chose to get an MBA because it would allow me to explore commercial roles within the domain but outside my immediate role and organization.

The final list for the XLRI GMP Admission process is announced after two rounds. I was worried that my GMAT score of 640 might have been too low but that did not stop me from getting an interview invite and clearing the first stage.

The second stage of the XLRI GMP Admission process, the interview, was the one which worried me most. I had no experience of the corporate environment, and knew little about business issues.

Team management, leadership, and strategy might be common buzzwords in the corporate sector, but in the public sector they are nothing more than just terms.

This is not to say that the public sector does not do important work, but just to show that a lot of the things that interviews are about were things that I knew very little about. At the time I contacted GyanOne, I was grossly unprepared for the XLRI GMP interview.

Together with GyanOne, I was able to identify areas where I lacked the most. They helped me to carefully identify my areas of strength and weakness and then do away with the weaknesses.

While I understood my goals, I was not able to articulate them well when I started. Working with GyanOne, I was able to see not just where I lacked but also exactly the points that I needed to improve upon with plenty of examples.

I also learnt to identify and tackle questions that were likely to get asked and would not be easy to answer without preparation, such as those on my GMAT score, career before MBA, and need for an MBA.

Through a number of mock interviews, I was ready to put my story before the XLRI GMP Admission committee in person. Whether I got through or not, I was confident that it would not be because of the interview.

On 23rd Feb 2013, I got the good news from XLRI business school. I was in! I had successfully managed to surmount a low GMAT score, little exposure to business, and lack of confidence to face the interview panel to finally achieve an admit from a top MBA program in India.

Happy to provide perspectives and help students with questions on the process.