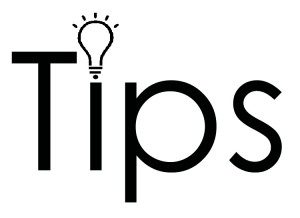 This article is meant primarily for Indian MBA candidates, though other MBA candidates too may find something useful here. As part of our MBA essay tips series, today we talk about Indianisms, and why it is important to avoid such expressions in your MBA essays at all costs. Our MBA essay tips are meant to bring you advice and suggestions on how you can improve your essays, your overall application, and also your candidature. Without further ado, lets dive into the topic for this article.

Caveat: BEFORE you go through these MBA essay tips

As Indians, we have the highest regard for other Indians (and people of other nationalities, for that matter!). The errors or improvements highlighted here are not meant to make light of Indian applicants in any manner whatsoever.

This is instead meant to be an interesting and light-hearted take on the common errors that Indian applicants often make on their MBA applications.

Think of this as the Indian version. Possibly, some of these expressions are now in common use around the world, so they may not even conform to the definition of Indianisms.

What is an Indianism and how does it affect my MBA essays?

Indianisms are expressions almost exclusively used in Indian English that may be considered incorrect in the universal usage of the language. Needless to say, MBA application reviewers or admissions staff may not be familiar with these expressions (though that is fast changing with the high number of Indians applying to B-school).

This may lead to incorrect interpretation or a poor perception of your writing style. Will this destroy your application? No. Can being aware of these Indianisms help you to probably improve your overall essay and therefore come across as more polished? Certainly.

Here is a list of common Indianisms to avoid. This is certainly not the complete list, but it does cover some very common expressions that we often come across in first drafts and then have our clients correct.

Also, rather than only list Indianism terms, we have tried to illustrate common phrases and sentence fragments too that Indian applicants commonly get wrong.

Surprisingly, a number of Indian applicants are not even aware that these expressions are Indianisms or that they may be outside the purview of standard English usage. Understanding the issues highlighted here will not just help you to improve your MBA essays. It will also make you a better writer in general.

The expression ‘etc.’ is used at the end of lists to denote that the number of items mentioned in the list is only representative, and there are other similar examples that could have been mentioned but have not been.

Rather than indicate brevity, however, using this term instead indicates that one is being too casual. Avoid this as far as possible by either listing out all the elements of the list or just keeping the list to a few representative elements.

This is more commonly seen among applicants from the consulting industry. Example: ‘A bottoms-up analysis revealed that the client was losing both revenue and market share’.

Now imagine a management consultant standing on his head (‘bottoms-up’) while looking at a bunch of pie-charts while reaching this conclusion. That is exactly what the expression is referring to.

The incorrect use of the word ‘revert’ is so rampant that it extends beyond just being an Indianism – it is an expression that applicants from around the world use incorrectly. Examples: ‘My boss did not revert, so the entire project was delayed by a few days’.

This is certainly not the intended meaning. That can be arrived at simply by substituting ‘revert’ with ‘respond’. Now read the title introducing this point again and see if the usage there is correct.

Tip 4:: Of course you are off course if you do not get this!

Of course v/s off course. The two expressions seem so similar that MBA applicants often substitute one for the other. The expression ‘of course’ should be used to introduce an idea or to indicate that permission or assent for something was granted.

Often, the two terms are used in place of each other. Advice (noun) refers to a suggestion, guidance, or recommendation given by someone else. Advise (verb), on the other hand, refers to the act of giving advice.

This is a minor error, and the distinction is sometimes easy to miss, but just like a few spelling mistakes can really bring down an otherwise good essay, a few distinctions of this kind too can work against the quality of your essay.

No article on MBA essay tips on Indianisms can be complete without the mention of this (in)famous Indianism : ‘pass out’ (or ‘passing out’, ‘passed out’, or ‘will pass out’, depending on the usage).

While most MBA Admissions staff is now used to coming across this expression (and its strange meaning!), not everyone who reviews MBA applications knows of the dangers that lurk within! In American English, the expression ‘pass out’ refers to (and only to) losing consciousness or fainting.

The Indianism ‘pass out’, on the other hand, refers to the event of graduating from an academic institution. Imagine, then, the chaos that would ensue in the mind of the reviewer when he/she comes across this gem:

‘I hope to be a part of XYZ school and make strong contributions to the student community before I pass out in 2016’. ‘Oh dear’, an uninitiated reviewer would think, ‘this guy really plans to burn himself out to extinction during his MBA years’. 🙂

A final word of advice here – don’t use the expression ‘pass out’ in any of your essays, even if you refer to the American usage. The expression by itself is very casual and will make your essay seem less formal than it should be.

Best MBA in Singapore: Which MBA Programs to Choose

The FinTech MBA: how tech and finance come together at top MBA programs

Trump effect on MBA programs and top US MBA applicants