Best MBA in Singapore: Which MBA Programs to Choose 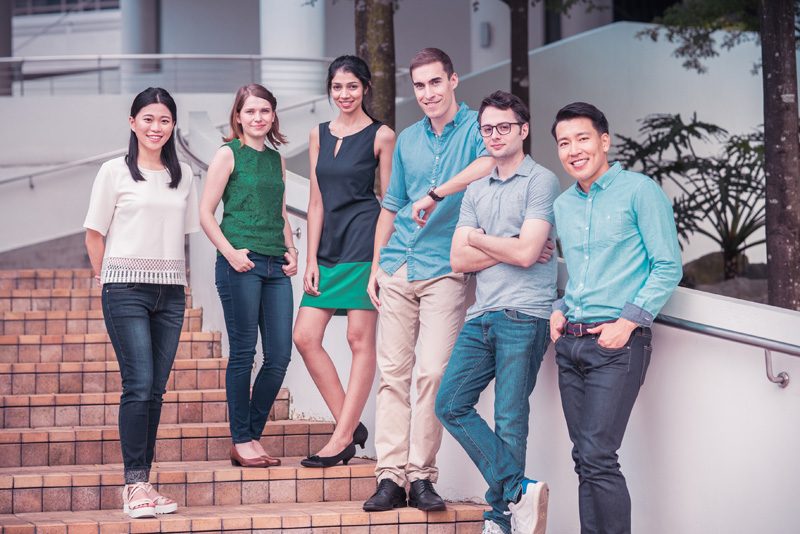 Which is the Best MBA in Singapore? Is it the prestigious INSEAD, the much-vaulted NUS, its perceived lesser cousin Nanyang (or NTU, as some refer to it), or the fast emerging SMU? For MBA applicants who would like to explore the potential of Asia, there are few programs that have the pan-Asian appeal of MBA programs in Singapore.

The city itself is known as Asia’s hub for business, and almost every multi-national business organization that operates in Asia has an office (and in most cases, its regional HQ) in Singapore.

Whether it is financial services, energy, FMCG, or consulting, you will find top employers from each sector based in Singapore. No wonder, then, that MBA aspirants look to the city, and its MBA programs, with much interest.

Which is the best MBA in Singapore – ranking wise?

There are various ways to answer this question. The simplest, perhaps, is to look at the FT MBA Ranking 2015. According to this ranking, we get a clear pecking order – INSEAD, NUS, and Nanyang.

SMU is not featured in this ranking (not for lack of quality but because it did not participate), so an entire comparison is not possible. However, as in most cases, the rankings do not reveal everything.

For example, the INSEAD, SMU, and Nanyang programs can each be completed in one year, but the NUS program is longer at 17 months. Nanyang used to be longer too, but in 2013 the curriculum and structure was revamped to bring the duration down to 12 months.

What do the Singapore MBA rankings not indicate?

The rankings don’t really speak about how difficult it may be to get in. Average GMAT scores, as indicated by class profiles, can sometimes lead to more confusion than clarity.

As an example, the GMAT average for the NUS MBA Class of 2014 was only 658 (much lower than that of top global schools), but its selectivity was the lowest at 5.5% (yes – that is the LOWEST selectivity among ALL business schools globally).

Looking to apply to top MBA programs in Singapore?

GyanOne has worked with MBA applicants with different profiles ranging from IT to financial services, and helped them make it to top Singapore MBA programs such as INSEAD, NUS, SMU, and NTU (Nanyang). Contact us today! to know how we can help you too, or just for a free profile evaluation!

Another important factor is GPA. Surprisingly enough, according to this table of comparison at P&Q, the NUS MBA has the highest average GPA for the incoming class.

The GPA is a factor that is often missed or underplayed by many MBA applicants, but it is not to be ignored here.

All Singapore MBA programs are also highly global. 91% of NUS’s class is international, while the figure for Nanyang and SMU is around 85% and 80% respectively.

The INSEAD MBA (France + Singapore) on the other hand is 96% international. Compare that to other top Asian MBA programs like CEIBS (43% international) and ISB (1% international), and you realize just how diverse a Singapore MBA really can be, just in terms of its class constitution.

That does explain selectivity and admission parameters but not output parameters, which are also a critical factor in choosing the top MBA in Singapore.

Which Singapore MBA program has the best placements?

This is the one question that most applicants to Singapore MBA programs tend to ask. It is of course a fair one. Quality of education aside, the ROI from a program matters tremendously.

For its 2013 class, for graduates taking up jobs in Singapore, INSEAD reported a mean salary of SGD 125,000, with the corresponding figure only for consulting jobs being around SGD 87,000.

That leaves very little to choose between the programs based on just salaries. The comparison is possibly better made on the traditional strengths of these schools based on industries and job preferences.

Singapore is a hot destination for Finance and Consulting, so all of these schools will have strengths in these areas. However, not all the placements may still end up looking similar.

So, which is the best Singapore MBA program?

Given our detailed discussion above, we might need to end with saying ‘it depends’ (this is standard MBA speak, for those who care 🙂 ). No, but seriously, while there is no clear winner here, that is a great thing.

It means Singapore has many excellent options, rather than only one dominant option. This can only mean more opportunities and greater chances for growth for prospective MBA applicants.

Want to check out more on MBA program?