Tuck MBA admission for an Indian IT engineer 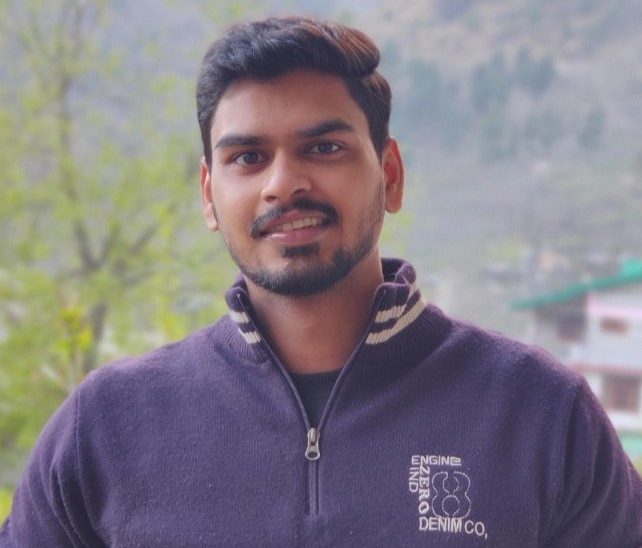 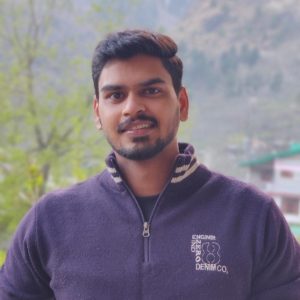 Tuck MBA Admission – a story of Anshit Saxena. The first time you meet Anshit Saxena, you wouldn’t believe all he has done. He is the guy who has cleared one of the most challenging aptitude tests in India (the Pilot Battery Aptitude Test – you can take it only once in a lifetime!), thrown away his childhood dream and built another one – step by step. Unassuming, friendly, and very polite, Anshit comes across as your friendly neighborhood MBA champ. Don’t miss the champ part because fierce determination and a mindset to succeed at all costs lie underneath his gentleman’s exterior.

Anshit has been quite devoted and naturally driven to excellence in academics and extracurricular activities as a youngster. From an early age, his leadership potential was apparent from his initiative-taking attitude, leading several clubs in college. Anshit has prepared himself to have a holistic approach in life, from participating in collaborating inter-college clubs to being the Vice President (Education) during his engineering days to mentoring juniors and fellow students. Looking at Anshit’s journey, we can say that he is indeed a high-achiever. He has been able to bring a good deal of change to the company and has successfully delivered projects with high impact.

First heartbreak, and then all heart

Anshit’s journey is not only about reaching great heights and meeting opportunities just along the way. It also tells the story of setbacks and rejections. As a young mind studying Physics, Chemistry, excelling in Mathematics, he wanted to join the Indian Air-force. With the proper guidance and zeal, he appeared for the AFCAT exam but couldn’t make the required cut-off. Disheartened, Anshit pursued his career in B.tech and did well in the field. But letting go of his childhood dream of becoming an Air-force officer was not that easy to let go of. As a fresh graduate, he appeared for the Combined Defense Services (CDS) examination in India but couldn’t make it the second time too. This did hinder his confidence a bit, but Anshit wasn’t one to sit and sulk. He quickly pondered his next steps.

Learning about the maintenance and operations of a wind turbine generator, he sailed through the hardships of life looked at his career with new zeal. When he joined the Suzlon Group as a trainee, his confidence and enthusiasm to work met with a fresh start, and he paid full attention to what was coming next. Joining Deloitte India gave him new ideas, and he saw better opportunities as a Consultant. He found vigor and interest in the field that ultimately took him towards GMAT. As a working professional in the times of COVID and handling the preparation weight of such a challenging exam, he perfectly balanced his life and scored an excellent 750 in the year 2020. This led him to think about other aspects of his career that he couldn’t picture after meeting closed doors regarding the Indian Air-force. Anshit then started targeting the Business Schools with a background in technology – the STEM-oriented ones – and researching the do’s and don’ts before applying.

A pivotal lesson to note here is how Anshit worked hard to build his profile through his work at Deloitte. Anshit indeed was a star at Deloitte. He was involved in some very interesting projects, including automating the process of the configuration objects dynamically into the S4 system, finally reducing the time taken by approximately 70%. He collaborated with various teams to deeply understand the client/functional requirements, engineer appropriate and most effective solutions, and see end-to-end implementation.

In June 2021, he was promoted to Consultant with the Deloitte India group (US offices). He also carried out central financial plans and their implementation with increased responsibilities. For instance, Anshit supported the Central Finance implementation go live for five multinational clients covering industries like health & nutrition, medical, textiles, footwear, etc.

An interesting aside here is how, around this time, Anshit helped a friend fulfill his dream of getting into the defense services. This is what champions do – they help others grow, and Anshit proved that once again.

Anshit’s excellent score, of course, boosted his confidence and motivated him to pursue an MBA because then it was not just a matter of profile improvement but an overall enhancement of intellect, learning strategy, and adopting new skills. With just three years of work experience, he had achieved what even experts with many more years of experience in the field hadn’t, which is evident in his determination and result-oriented approach. Despite this, Anshit wasn’t sure. The problem wasn’t his conviction in his abilities but the competition. A 750 GMAT is excellent, but it isn’t all that rare in a top US MBA program, especially for Indian applicants.

Choosing the right MBA programs to apply to

Anshit was very pragmatic but also ambitious in his choice of schools. He researched over 10 MBA programs and chose Tepper, Tuck, and Cornell as his top priorities. Each program is a powerful digital business MBA program that fits very well into Anshit’s future ambitions.

Anshit wanted to go to business school where he would be able to explore different business technology pathways, and he was sure that he wanted to move away from ERP consulting, which he had so far spent all his time in. If you’re interested in a significant career shift like this one, it’s essential to attend a program with a strong career services team that will help you make this shift happen.

How to plan your MBA applications around your weaknesses

Putting his remarkable GMAT score to good use, Anshit started the application work quite early so he could meet the deadlines of the Early Decision round. E.g., he even made it to Tuck, which had a deadline a fortnight before those of other top business schools. With an excellent reputation at the workplace, his performance being on point, and his engagement in other activities, he received some effective and robust recommendation letters from the management. Anshit’s MBA essays held strong points on his reasons to pursue an MBA and justify his career choice. He crafted compelling answers to put forth his views and meet the expectations of the management and application committee. His targeted schools, of course, welcomed and expected those with warmth, which landed Anshit with three outstanding acceptances: Tuck, Tepper, and Cornell. There was a slight disappointment with another similarly ranked school that didn’t extend an offer after the interview, but Anshit would probably have chosen Tuck over that school anyway.

Anshit’s story started with meeting closed doors after extensive preparations, and it progressed through him turning his back on his childhood dreams and struggling out of the rejection hole with sheer diligence and hard work. He didn’t stop until he reached a place that is seen with great respect and earned with honest determination & perseverance. He finally chose Tuck as his future alma mater, and he is sure to go from strength to strength now.

Oxford, Cambridge, and LBS – This Googler Cracked All Three!

MBA in the USA: Karnam cracked All Ross, Tepper and Cornell, and Kelley!