Yes, that is incredibly true. Tarun Mehrotra and Pranav Mehrotra made it to INSEAD MBA– France and Singapore respectively. Whoa!

Yes, at GyanOne, we believe in strong collaboration. But this – it was a result of both collaboration and thorough determination from both the brothers to make it through.

Tarun and Pranav, both BITS Pilani engineers, have an unbelievable story to share. They came to GyanOne through our client, Balaji, who is a merchant Navy professional, now an INSEAD Executive MBA alumni.

In fact, our client Divya Mahankali, who made it to both McCombs and ISB, but finally chose to go to ISB, has been a common friend. It’s a small world you see!! 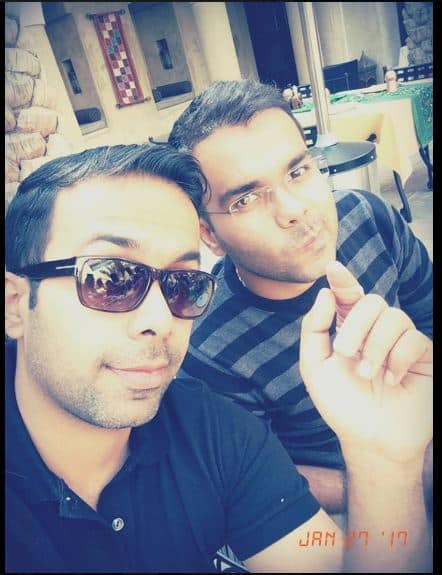 Pranav, who had been working in the Instrumentation industry, had 740 on his GMAT, and was working on consulting and client management for, among others, the clean energy sector.

Over 2 months, Pranav worked intensely with GyanOne, stress-testing ideas, clarifying his thoughts, and charting out a great career path ahead for himself. Pranav had a lot of outstanding leadership experiences to his credit.

From clean energy to social work, Pranav has a lot of passions, to the extent that some of them overlap handsomely with his profession too. That can always be only a great combination.

What worked for Pranav? While Pranav did not have too much of differentiation by way of the industry he hailed from (technology sales), he was able to leverage his leadership experiences from college and thereafter very well.

He was able to communicate that technology was a means to achieving a larger end that he wanted to, and show how he had gone beyond himself to add value to various communities that he had been a part of.

At one point, he had even trekked for days (in inclement weather) to a remote location in Ladakh, just to help a small community with its power woes! Interestingly, Pranav did not have too much of international experience, considered quite important at INSEAD Global Executive MBA, but he used the little that he had very effectively.

Pranav also realized that his total experience, at 3 years, fell well below the INSEAD Executive MBA median, but we have often said that it is the quality, not just the quantity, of experience that counts.

In many ways, Pranav’s leadership and his contributions started well before he even began work – in college. At that time, he may not have been aiming for INSEAD MBA, but the contributions he made to his peers and his community at that early point too won him credit later. Pranav will truly add great value to INSEAD MBA.

Tarun, on the other hand, is a shipping professional, who has worked in a variety of shipping and oil and gas roles. Away from home, managing tough situations on rough terrains, and even risking his life at times, he has done it all.

Now is the time, when he wanted to a second MBA! Yes, Tarun already had an MBA, and thus his intention to pursue an  MBA, was a nod towards how the world had changed substantially since he got his first MBA (and we are not just talking about oil prices! J).

Tarun therefore opted for the INSEAD EMBA instead, and his vision for how it would help him progress proved to be key to his success.

While working with GyanOne, Tarun always emhpasized how his international travel had made him grow, and for INSEAD (‘the business school for the world’), that would be a great attractive factor. So focused was Tarun on INSEAD that he did not even apply to any other school.

Tarun faced multiple obstacles in his journey too. He had a lot of experience already, but still well less than what Executive MBA programs require. This is where Tarun’s extensive travels around the world and his deep insight into the oil and gas industry became his forte.

That is one of the things you notice about Tarun when you speak to him – he has travelled around the world and absorbed experiences from his travels, and can tell you about shipping, oil operations, and even different cultural practices from The Far East, the Middle East, and most of Europe!

Tarun and Pranav’s stories show how determined, accomplished individuals may not be perfect, but they use their experiences to dig deep, and overcome barriers.

Lack of international experience or relevant experience, explaining applying for a second MBA, or coming from a background considered difficult to differentiate oneself in the application process – Tarun and Pranav did all successfully.

Top schools (including INSEAD) don’t look necessarily for absolutes, but for indicators – are you mature enough to excel in a diverse environment? Is this the right stage for you to get an MBA, even if you have less experience than the class average? These are some of the questions they look to answer.

Everyone’s candidature has some positives and some negatives – the point is to learn to overcome them.

Tarun, Pranav – It has been great working with both of you…and we hope to see many of colleagues / friends wanting to get an MBA soon

Want to check out more on INSEAD MBA?