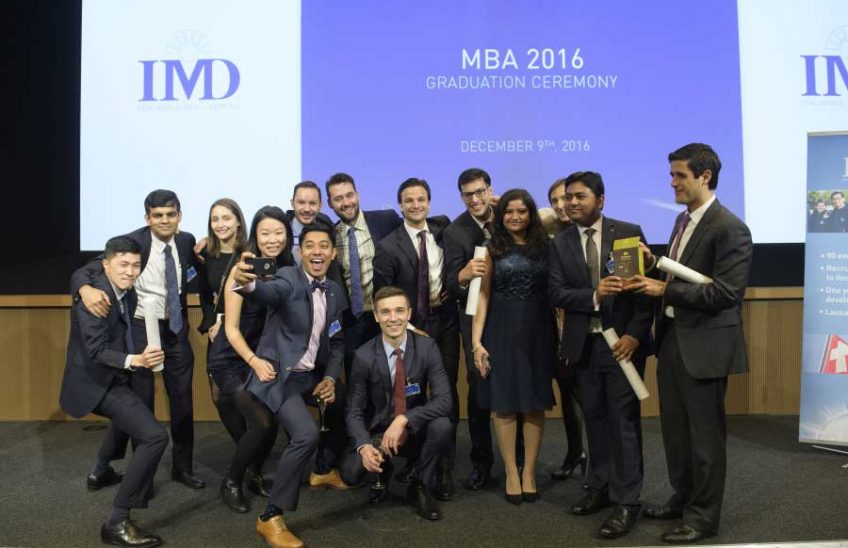 As per rankings released by Forbes in the year 2019, IMD took the number 1 position for its one-year MBA program. In addition, Financial Times also ranks its worldwide MBA program at number 1 (2019).

There are scores of students applying for admissions every year. IMD has one of the most rigorous ways to choose the right candidates for their program. They host an extensive Assessment Day for the students who have made the first cut.  Want to know how the IMD assessment day was conducted about two years down the line. GyanOne was among the pioneers in helping students understand the same in depth.

Through the years, the sequence of events on the day has largely remained the same. However, the school does change things to maintain the surprise element and make sure that applicants are throe true self while attempting each of the assessment stages. Here is an account of the Assessment Day as experienced by one of GyanOne clients.

Why does IMD conduct an Assessment Day instead of a regular interview?

The main reason is that an interview cannot reveal much about the personality and behavioural traits of the person. Most interviews are not very revealing at all. They are only good at revealing how well you can prepare for an interview and nothing more.

To differentiate from other programmes, IMD holds assessment days where it hosts personal interviews that requires candidates to perform a variety of tasks, all of which are used to make the final choice by the committee. And to give you a better view of the situation, we have an example shared by a proud IMD student-

I had an interview scheduled with Paola Eicher, the head of the MBA recruitments team at IMD. Including me, the group consisted of 7 students. Before the interview began, Paola asked for brief introductions from all the students. I introduced myself along with details of my interest in windsurfing.

However, thanks to COVID-19, the assessment day is now conducted entirely online. The admissions team at IMD has worked hard to ensure that this virtual version of the evaluation is as comparable to the in-person version as feasible.

First day of the MBA Interview Process was the personal interview. Paola came well-prepared with my background and information. She raised specific questions about my experience in the forces. She wanted to know about any critical situations I faced and my analysis of the same. Some of her questions related to leadership. She wanted to know what I felt about it and the relevance of the same.

Once these questions were out of the way, it was all about the MBA. She asked me a lot of questions in detail including why I decided to commit to an MBA program, my goals, and aspirations. Lastly, the usual why IMD was also asked.

At this point, we (including other students) received a case study. We analyzed the case and handed in all the notes relating to the same.

To complete the case study, we formed two groups. My group consisted of 3 members, while the other had 4. We analyzed the details of the case in the allotted time. One of the team members presented our case to the board, and the other group did the same. We then presented arguments to support our viewpoints. Further, we highlighted our strategy and the reasons for the same.

The floor was open for discussion. Now, it was time to attack the opposing team’s strategy. The other group argued that we did not specify a specific target market. However, we countered it by saying we considered all markets to be equally important.

I insisted on the strength of our strategy while successfully pointing out flaws in the other group’s strategy.

Following the personal interview, you will be given an individual project to complete. You will have about 30 minutes to prepare your answer. After that, you’ll give your invigilator a brief presentation. You’ll finish the group discussion and impromptu team presentation once your individual assignment is complete.

There was a set of cards laid out for us. Each of these cards contained questions. The question for me was- If you could live forever, would you like to and why?

In response, I stated that the idea did not appeal at all. I do not look forward to ageing in ill-health. I mentioned further that Hindu philosophy advocates reincarnation. Therefore, I am kind of eager to experience different lives. There was a broad discussion to include everyone’s observations on the assignment.

In this part of the session, we were blindfolded and given instructions about the activity. There were shapes and coordinating colours for the same. Clues provided by the moderator and we had to analyze them. You could only ask questions about the colour of the shape. I was happy to play the role of an active player. There were a couple more who took on leadership roles within the group.

We were successful in identifying three out of the four characteristics.

At this point, the moderator threw the floor open for discussion. The first question was about what we felt when the blindfold went on. I stated that I was sure that the test would involve the other senses (touch and hearing). Further, I was also reminiscent of my training days when we used our rifles blindfolded.

One of the issues we actively discussed was group dynamics and its parameters. Here, the members evaluated each other on aspects such as the team, process, and the result. One of the members gave the team a high ranking, supporting it by saying that we were great listeners. Here, the moderators were quick to point out the hypocrisy as they had refused to listen to a valid point raised by me. In response, the member stated that I needed to work on communicating better. Since I was involved, the moderators sought a response from me. I raised the point that this was a time-bound exercise, and I was not willing to halt the progress of my team due to it.

MBA networking dinners brings together students, alumni, and business friends for an intimate meeting where they may mingle, learn from one another, and form new relationships. The series highlights the value of MBA students and graduates to outside organisations, creates new opportunities for interaction, and allows leaders to contribute their knowledge and skills.

It was an exhausting day. However, the networking dinner was a perfect way to end it. We had great food, insightful conversations, and light banter. It was time to relax as we exchanged notes on an eventful day!

Want to check out more on IMD MBA?